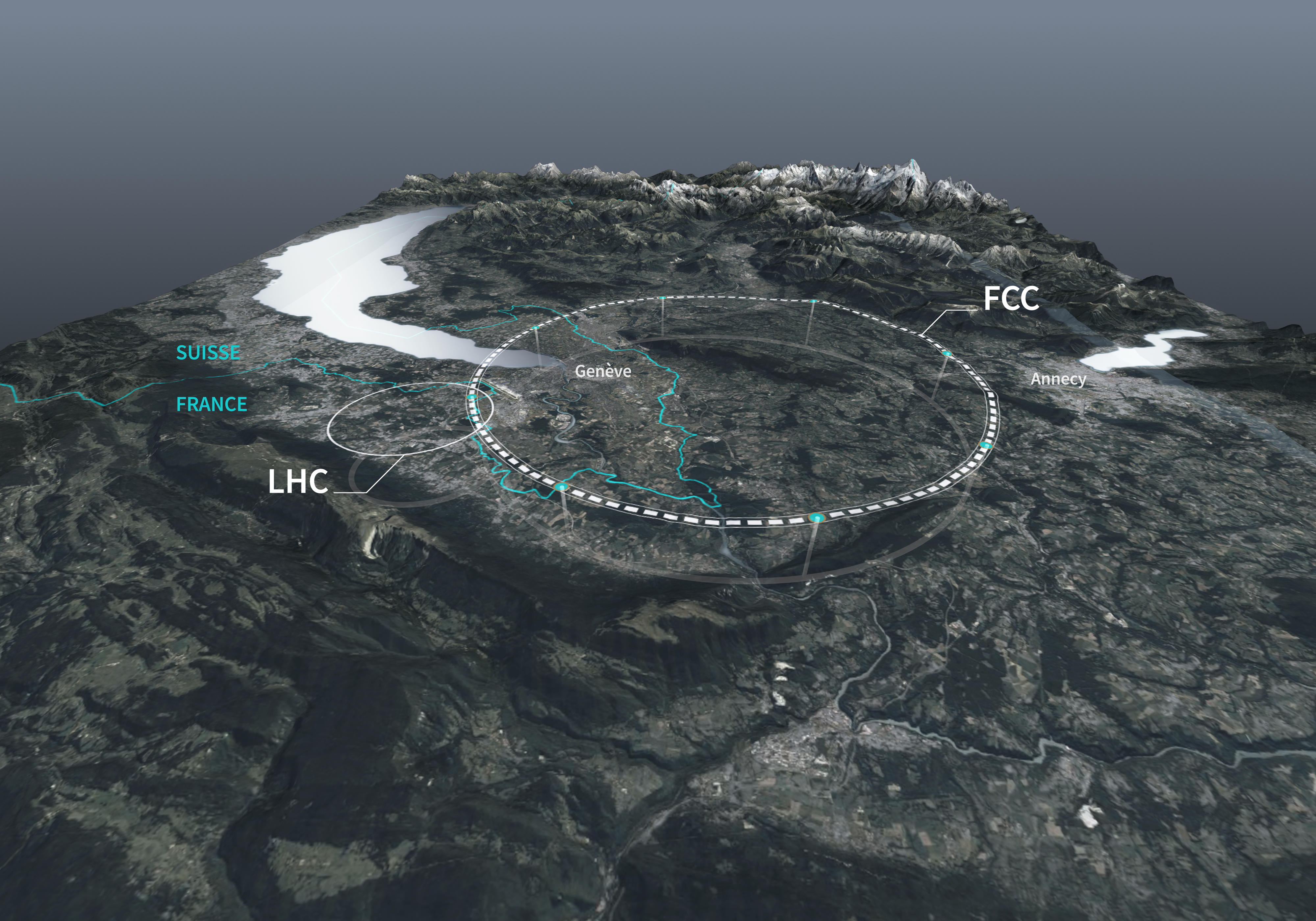 In accordance with one of the recommendations of the 2020 update of the European Strategy for Particle Physics, CERN’s Member States have entrusted the Organization with the task of studying the feasibility of the Future Circular Collider (FCC), a next-generation hadron collider that would succeed the LHC when its research programme is concluded around 2040.

The design of such collider would require significant developments in various technologies. An international collaboration involving over 150 universities, institutes and industrial partners from all over the world is therefore studying the various options. The different technologies would come together to form the infrastructure of a 91 km underground tunnel excavated at a depth of over 150 metres beneath the territories of the Ain and Haute Savoie departments in France and the Canton of Geneva in Switzerland.

The feasibility study, which comprises various facets (scientific, technical, administrative and financial), also requires extensive research from the point of view of the location (geology, environmental impact, infrastructure, and economic and social impact). At the present stage, the relevant geographical, geological and environmental data is being gathered and collated. In this context, a campaign of measurements will be carried out in our region from 2023 to 2025.

If the study’s results are conclusive, CERN’s Member States, which include France and Switzerland, may approve a more in-depth study of the project. This could mark the start of a process towards the project’s approval and the launch of construction work in the mid-2030s, which would allow an initial electron–positron collider (FCC-ee) to be commissioned around 2045. A second machine, a proton–proton collider (FCC-hh) in the same tunnel, would extend the research programme from the 2070s to the end of the century.