Meyrin is the birthplace of CERN, the location of its main site since 1954. The Meyrin site has expanded over the years, spilling over the border into France, and now covers 80 hectares in the Swiss communes of Meyrin and Satigny and the French communes of Prévessin-Moëns and Saint-Genis-Pouilly. The Meyrin site is the only one of CERN’s sites that straddles the border. Most of the researchers and technical installations can be found here, along with almost all of the administrative services. Opposite the main site is the Globe of Science and Innovation, which hosts public events and exhibitions. Its neighbour, ATLAS, located at Point 1 of the LHC ring, is the largest LHC experiment.

The Synchrocyclotron, the Data Centre, LEIR, the AD and the ATLAS Visitor Centre.
More information on http://visit.cern. 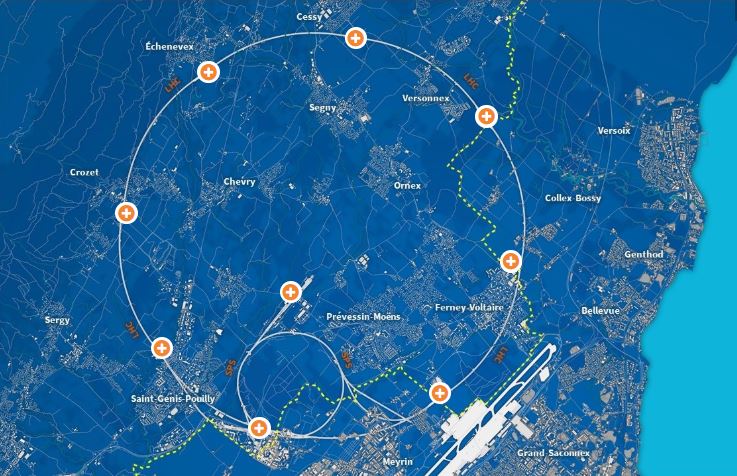